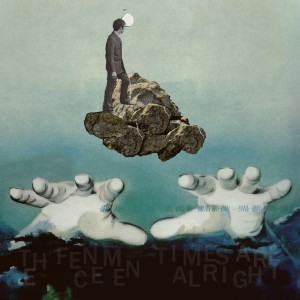 Some noteworthy updates on The Fencemen front:

1. Today the band was pleasantly surprised to see Times Are Alright selected as one of 2012’s best albums on Lansing State Journal‘s website. I may have only contributed to one song on the album, but I’ve been playing with the band just about full time since April 2012. And, personal connections aside, I simply love the album and am happy to see it so well received. (You can read my rave review here.)

2. We contributed a single to Suburban Sprawl Music‘s annual holiday compilation, which can be found here for free. We recorded a Fenced-up cover of John Denver’s “Christmas for Cowboys” (written by Steve Weisberg), and it’s full of prairie-esque ethos. It’s a diverse compilation – including a number by the one and only Andy Dick – full of holiday cheer.

3. We have some shows coming up this month, with more already planned for March. Keep tabs on my itinerary for those dates and others. Furthermore, we’re busy writing and arranging new material. Keep your eyes and ears open…

When you have a few minutes, please check out a nice article published in Chicago’s Jaded in Chicago on The Fencemen, specifically about Times Are Alright. Tyler and Mike offer a peek behind the creative curtains regarding the band and album. I’m proud to be a (small) part of this album and group, so it’s nice to see some press. If you don’t yet have the album, do get a copy via  iTunes, Amazon, eMusic, GooglePlay, or Bandcamp. Also, if you haven’t already, you can read the MT-Headed Blog review here.

As mentioned in my last update, I recorded for and have been performing with The Fencemen. I’m happy to report that their debut album Times Are Alright is now available. And even though my horn is present on one song (“Rented Rooms” – streaming on their site and Vimeo), I really do suggest you check out the other nine tracks. It’s a very solid album, especially if you’re at all into rock. You can read my ebullient praise of it here.

You can find it at all the usual vendors:
Amazon – iTunes – eMusic – GooglePlay – Live Shows