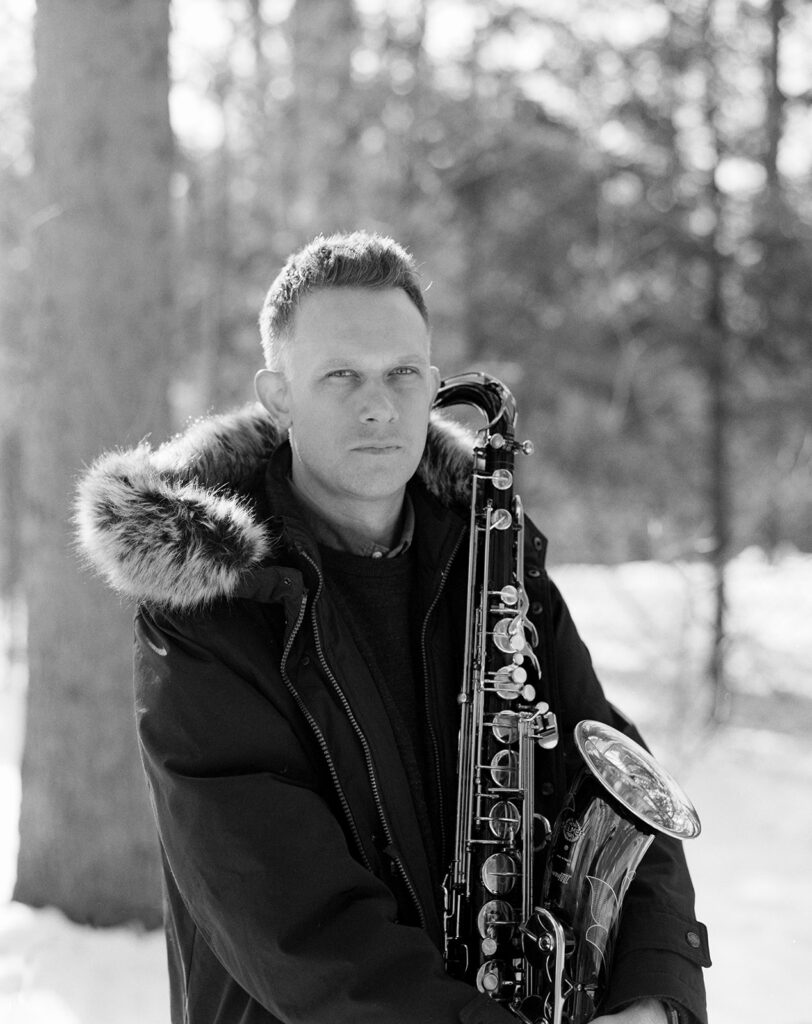 Michael Teager is an experienced performer, both as a leader and a sideman. His versatility affords him the flexibility to be comfortable in many different musical environments. He’s equally at home freely improvising, switching between woodwinds in a pit orchestra, sitting in with a big band or symphony orchestra, or playing recognizable Top 40 riffs in a cover band.

Mike’s playing has taken him across the nation and around the globe. In recent years, he has made his saxophonic mark on ambient music via his ongoing collaboration with guitarist and composer Matt Borghi. Their improvised soundscapes and emphasis on live instrumental performance and execution stand out in a style often heavily reliant on the studio recording process. Their critically acclaimed albums have received praise and regular airplay at home and abroad, and they have been featured on Hearts of Space, Echoes, Star’s End, and other leading ambient music programs.

Mike has performed with notable stars of Broadway such as Byron Nease, Craig Schulman, Chris Groenendaal, Davis Gaines, Gary Mauer, Holly Lipton, and Jamie Michael Stewart, among others. He has been a featured soloist with the West Michigan Symphony and has also performed with numerous other symphony orchestras, big bands, and pit orchestras. He is a graduate of Central Michigan University and Michigan State University, where he was also a teaching assistant in the musicology area. His major teachers have included John Nichol, Joseph Lulloff, Rob Smith, and Mike Hamann. He has also pursued study with Dave Liebman, John Harle, and Gerard McChrystal.

As an educator, Mike has served on the faculties for Michigan State University and Spring Arbor University, as well as having maintained a private instrumental studio. For MSU he was Instructor of Music for the Office of Study Abroad, teaching music appreciation each summer in Bregenz, Austria. For SAU he taught music history, music appreciation, and saxophone.

Mike is also the producer of Just Answer the Question, a thinking podcast created and hosted by writer, historian, and journalist Alice Dreger. In addition to producing, he also creates and records original music for the series.

Mike performs frequently throughout Western New York in myriad settings, and his recordings can be found via various outlets. He writes for and manages MT-Headed Blog, which has been featured by PRISM Quartet, Dave Liebman, Ethan Iverson, Tord Gustavsen, The Wagnerian, The Forgotten Prophets, and Chicago Lyric Opera, among others.