A quick heads-up, as I know that there are a number of readers/subscribers in Chicago and Michigan. Matt Borghi & Michael Teager have a couple of noteworthy shows this weekend.

Saturday 05.24.14 at (SCENE)metrospace in East Lansing, MI:
Billed as Deep Immersion: Journey Into Light & Sound, this will feature a ~2-hr. long form ambient performance by Matt and myself. We’ll be accompanied by visual projections by Detroit-based Troy Wehner, who himself will be performing a brief opening set. The show starts promptly at 7:00 PM and admission is $5. Full info here. 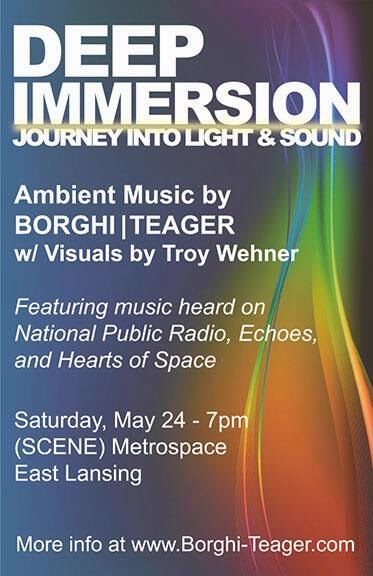 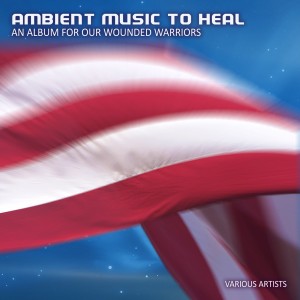