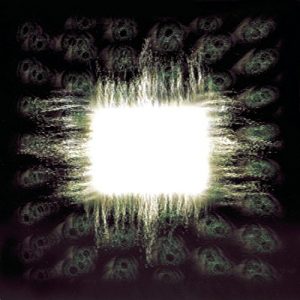 Ænima completes my personal holy trinity of top albums that were released in ~1996. It wasn’t the first hard rock/metal album I owned, but it was the one that struck deepest. With it, vocalist Maynard James Keenan, guitarist Adam Jones, drummer Danny Carey, and then-new bassist Justin Chancellor cemented Tool as one of the most formidable bands in rock.  Like Mellon Collie and the Infinite Sadness and Crash, Ænima is a twofold touchstone for me:
1. The album itself is great, and one that I’m just as excited to listen to twenty years later.
2. It served as my entryway into a new musical world.

Because of this album and the near fanatical devotion it inspired in me, Tool was my favorite band throughout high school and much of college. (Tool is still in my Top 5, of course, but at that time the band was without peer.) It spoke to me in various ways. I read an interview with saxophonist Jeff Coffin once in which he said that the most moving music affects you in multiple ways simultaneously: your head, heart, and body. In this respect, Ænima was one of the first album to move me on all three levels. It’s musically interesting on a technical level; the music and message are equal parts profound and humorous; and everything comes together to simply rock and groove hard.

Ænima is multi-faceted, to say the least. The lyrics are wide-ranging — alternately existential, darkly comical, angst-ridden, and mystical. Such a description of the lyrical content could also be applied to the ouvre of comedian Bill Hicks, to whom the album is dedicated. Hicks, a friend of Keenan’s and one of the more biting and cynical satirists of the last few decades, died in 1994, and is described as “another dead hero” in the liner notes. To drive the point home further, beyond Hicksian attitude, the album’s crown jewel and final track “Third Eye” opens with several Hicks clips above a growing psychedelic maelstrom of sound before giving way to the song proper. (Live renditions, though rare, substitute Hicks for a recording of Dr. Timothy Leary.) Also, the album’s title track is a take on a regular Hicks trope: an earthquake causing LA (and the countless superfluous cultural ills it houses) to plunge into the ocean, leaving only “Arizona Bay.” Hence the refrain, “Learn to swim.”

The album’s humor extends beyond Hicks. This is particularly evident in “Message to Harry Manback” (a recording of a violent, expletive-laden voicemail atop soft piano), “Intermission” (a kitschy jazz organ arrangement of “Jimmy”), and “Die Eier von Satan” (aka “The Eggs (Balls) of Satan,” a recipe for hash sugar cookies aggressively recited in German over a screaming, responsorial crowd, reminiscent of Nazi rallies).

The music is heavy overall with sparse, nuanced moments throughout. Keenan’s intense vocal stylings convey urgency at all times, be it a whisper, more brassy full-throated fare, or all-out screaming. It’s a nice sonic counterpoint to the dark, relentless rhythm section. Aside from the occasional guitar solo, the drums, bass, and guitar blend seamlessly into one rhythmelodic juggernaut. And even though “rhythmelodic” is arguably a silly term I’m making up as I write this, the melodies and rhythms are so symbiotically linked that it’s hard to consider one without the other. Structurally, the music is intricately rhythmic — mixed- and odd-meters and hemiolas abound. (Carey’s percussion abilities and training have included tabla study with Aloke Dutta.) Not many rock songs maintain a deep groove when alternating between 6/8 and 5/4 and 16/8 (3+3+3+3+2+2), as in “Third Eye,” but Tool succeeds where others fail. To many, Ænima is Tool’s best album, as it’s a step further in the progressive and psychedelic rock direction from 1993’s Undertow (and 1992’s EP Opiate), but it was more radio-friendly overall than 2001’s Lateralus (the title track of which features a melody built upon the Fibonacci sequence and a chorus in revolving cycles of 9/8, 8/8, and 7/8) and 2006’s 10,000 Days. (Lateralus is this blogger’s favorite of the discography.)

For being such an iconic nineties rock album to many, Ænima has a surprising number of throwaway or secondary tracks. “Useful Idiot,” “Message to Harry Manback,” “Intermission,” “Die Eier von Satan,” “Cesaro Summability,” and “(-) Ions” are all either transitional sound pieces, jokes, or both. (And they work within the context of the album as a whole — one of the reasons it’s best listened to in its entirety.) The remaining nine songs more than make up for any lost ground. They range from four-and-a-half to nearly fourteen minutes in length, with the average being around six to eight minutes. Consequently it’s that much more impressive that the album included four radio singles: “Stinkfist,” “Forty-Six & 2,” “Ænema,” and “H.”

The songs are pretty well balanced between straight-ahead rockers and more exploratory pieces. It’s no mistake that “Stinkfist,” “Forty-Six & 2,” and “Ænema” were hit singles – they’re radio-ready stunners. “Hooker With A Penis” — a comment upon claims that the band had become too popular and sold out — is arguably the heaviest straight-ahead number on the album. Stylistically that’s no accident. How better to comment upon commercial success than pairing the caustic lyrics with a catchy hook? And when “Eulogy” — supposedly an “ode” to Scientology founder L. Ron Hubbard — kicks in after its two-minute percussive introduction, it’s not hard to picture thousands of fans dancing and moshing to those anthemic choruses.

Then as well as now, I tended to spend most of my time with the more exploratory numbers. These four songs — “H.,” “Jimmy,” “Pushit,” and “Third Eye” — take up most of the album’s real estate given their lengths. “H.” is technically straightforward, but this contemplative medium-tempo dirge is cut from a different cloth than the other singles. In this respect, you could easily pair it with “Jimmy.” “Pushit” and “Third Eye,” however, go farther and deeper both sonically and rhetorically, and they’re the two songs with the most extreme dynamic juxtapositions. At over thirteen-and-a-half minutes, “Third Eye” was unlike anything I’d ever heard the first time I listened to it. Aside from its length, its various peaks and valleys feature noise, instrumental soloing, moving melodies, intricate rhythms, a meaningful message, and more.

(For the record and what it’s worth, though it’s hard to pick, “Pushit,” “Third Eye,” and “H.” are probably my favorites on the album.)

Unlike with MCIS and Crash, I saw the band live around the time they were supporting this album. Even though Tool’s set lists are rather static within each tour, there’s no denying that they’re a great live band, particularly in the sense of flawlessly executing their material. (Though, to be fair, Maynard phoned in his performance at the last show I attended — Toledo, OH in 2012 — but I bet the brief tour was a cash grab for him to support his myriad other endeavors. Adam, Danny, and Justin gave it their all, however.) I first saw Tool on July 26, 1997 as part of Lollapalooza 1997 at Val-du Lakes in West Michigan. It was the first of fourteen shows for me, and I still think of it every July 26 (as well as throughout the year). It was the first real heavy mosh pit (of many) I’d been a part of, and staying near the stage was nothing short of an adventure, even when I moved away from the core melee.

In addition to seeing the band live at the time, I also became a member of the online community. That’s a ubiquitous element to most things now because of social media, but in the mid-to-late nineties it was relegated to message boards on the recently-retired toolshed.down.net. I must take a moment to state for the record just how much I’ve enjoyed toolshed over the years. Director and editor Kabir Akhtar began the site as a labor or love over two decades ago, and it was long the go-to source for band news, discussion of the lyrics’ meanings, fan reviews of shows (a few of which were written by a much younger me), and much more. Tool’s own website now includes actual news when appropriate, something it never did way back when. Though it did feature endlessly engaging tomes on all sorts of goodies… Even though I haven’t posted on toolshed in years, I’ve continued to regularly visit. It’s both a great repository of Tool info and a fascinating pre-Social Media time capsule. I may have mixed feelings about another fan site (to put it mildly) but I have nothing but fondness for toolshed. Thank you, Kabir.

Ænima‘s release and aftermath was game-changing for the band, and likewise for me as a fan of Tool and music — and a participant in fandom — generally. It’s wild to think it’s been twenty years. Hopefully it won’t be that long until the band’s next album…